Brown University is one of the leading universities in the nation with an accomplished staff dedicated to an excellence in teaching. Established in 1764, it is widely regarded as a liberal university, one of the first to accept students regardless of religious affiliation. It is located in the beautiful and historic Providence, Rhode Island. The school specializes in pioneering groundbreaking research in all areas of study.

Interested in learning more? Read up on some current research the campus is leading to enrich your understanding of the school itself.

Just recently, scientists at Brown University may have unlocked the secret to how we control attention and perception. It is commonly understood that sustained beta brainwaves were the key to focus—but their research on mice and men alike show that it's actually short bursts of beta that do the trick. 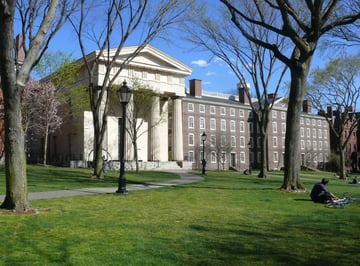 How do we filter out distractions and get to the task at hand?

We know that things called beta frequency brainwaves help us process sensations and filter them out so we can pay attention. Most neuroscientists believe is a steady rhythm of these beta waves that help us focus. Yet Brown University just cracked things open with their new study on "brain power."

In this study, researchers closely examined each subject on a trial-by-trial basis. What they discovered was that brief yet intense bursts of beta waves with a 20 hertz frequency gave the subjects the most brain power. People wore MEG sensors while their finger was stimulated and mice had implanted sensors while their whiskers were wiggled. Researchers tracked beta wave activity while subjects were stimulated.

How the study worked...

Subjects reported what sensations they were aware of. The mice were trained to lick a sensor for a reward and the people pushed a button. After this, researchers linked beta activity with reports of detected stimuli. And the more beta activity there was, the less people were likely to feel or be distracted by stimuli. The researchers believe that the beta activity that helps us focus doesn't just keep our mind on something but, more importantly, keeps distractions away. It acts as a filter.

In a follow up analysis, researchers studied the correlation between the frequencies of these bursts and whether the subjects reported a sensation. They discovered that if there were two bursts or more during the second before a sensation, the sensation would most likely be overlooked. Also, if just burst occurred within 200 milliseconds of the sensation, the stimulus would also be undetected. 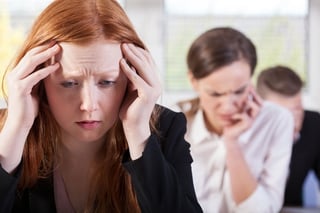 What are the larger consequences of the team's findings?

An improved understanding of beta wave activity could help us improve treatments for disorders like depression, chronic pain, OCD, Parkinson's disease, and more. Instead of trying to sustain a steady pacing of beta waves, it might be more effective to induce short and intense bursts, such as those that occurred in subjects with the most focus.

Learning more about the schools to which you are applying will definitely strengthen your application. You will be able to understand the school's culture–and whether their mission statement aligns with your goals in study—and you will be able to reference specific details about the school in your essay. If students or parents would like to learn more about Brown University, visit their website for their calendar of events, research activities, and more. It is highly ranked and known for its accomplished alumni and staff. It does not discriminate for lack of funds.

You can also book a free consult to be matched with a stellar counselor with expertise in your area of interest (or schools of interest) to receive even more personalized guidance. Book a chat with us below!