The course lists for colleges are often endless. Teachers have probably already talked about how limited the high school roster is in comparison. Although you might be thinking classes like "astronomy" and "philosophy," the list goes even longer and trust me, it can get very esoteric and 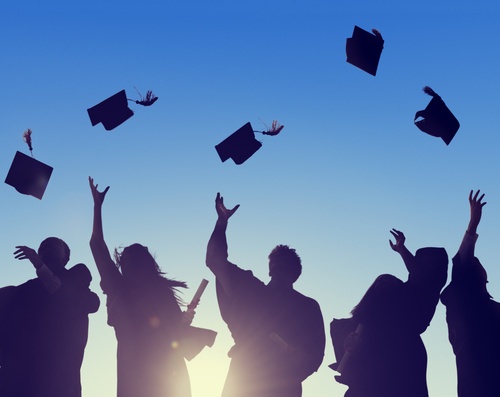 interesting. I took classes like Mesoamerican Archaeology, folkloric dance, and one called "The Simpsons and American Satire." But they also have some crazy college majors you didn't know existed.

I'm not just joking around, either. If you're very specific in your interests and there's a potential career out of them, you shouldn't cross them off your list--even these.

What is it? Astrobiology is the study of life outside of earth. Within the major, you learn about the early evolution of life on Earth and later learn about its potential in the extraterrestrial.

Where? You can major in Astrobiology at Penn State or the University of Washington.

What is it? Egyptology is similar to other cultural studies programs like Latin American Latino Studies, where you learn the region's language, history, customs, etc. Except it is just very rare to find one that focuses on Egypt alone, though its history is bewildering and complex.

In Egyptology, students learn "the histories, languages, cultures and sciences of ancient Egypt, Mesopotamia and their neighbors." They will critically study "the ancient cultures of these regions (ca. 3400 B.C.E.–100 C.E.) using the tools of archaeology, epigraphy, and historical inquiry.”

Some example courses include: Ancient Babylonian Magic and Medicine, Ancient Scientific Texts: Akkadian, Archaeology and Text, and Imagining the Gods: Myths and Myth-making in Ancient Mesopotamia.

Where? The ever-prestigious and renowned Brown University offers this as one of their majors.

What is it? Ever dreamed of conceiving and executing your own theme park (I know I have)? Do you also have an interest in engineering?

What is it? If you've dreamed of making your own fantastical puppets, you've got to learn the fine art of puppet production (and there truly are some wild puppet designs out there). In the Puppet Arts degree, you learn about puppetry, producing and managing puppets and puppet shows

Where? The University of Connecticut offers this whimsical degree.

What is it? If you have a fascination for the ritual of a funeral and think you'd want to start your own service, then a degree in mortuary science is what you'll need. Mortuary Science covers every stage of the funeral process from beginning to end. The major will prepare students to "meet the standards of care in dealing with health, safety, and welfare associated with the preparation and care of the deceased.”

Where? University of the District of Columbia Community College

Indeed, the possibilities are endless. If you want to learn more about these degrees, look on the college websites for their class roster and course descriptions.